The House on Wednesday passed a medical innovation bill aimed at curing diseases, with the measure securing bipartisan support after months of negotiations.

The legislation, known as the 21st Century Cures Act, passed 392-26. It seeks to speed up the Food and Drug Administration’s approval of new drugs while investing new money in medical research.

The package also includes a range of other healthcare priorities, including $1 billion over two years to fight the epidemic of opioid addiction and $1.8 billion for Vice President Biden’s cancer “moonshot.”

The opioid money releases some pressure from a long-running dispute between the parties. Congress passed a bipartisan opioid bill before the election, but Democrats criticized that measure for lacking funding.

Republicans have portrayed the mental health bill, sponsored by Rep. Tim Murphy (R-Pa.), as their response to mass shootings, though that messaging has been emphasized less now that it is part of a larger package.

Democrats agree reforms are needed in mental health, though they note that the bill lacks funding. They say the bigger policy response to mass shootings should be gun control.

House leaders are hoping that the bipartisan vote Wednesday puts pressure on the Senate, which is expected to take up the cures bill sometime before leaving town next month.

The bill faces a bumpier path in the upper chamber, where Sens. Elizabeth Warren (D-Mass.) and Bernie Sanders (I-Vt.) have blasted it as a giveaway to pharmaceutical companies.

Still, enough Democrats are expected to support the measure to get it across the finish line.

“This bill, which expedites the approval of drugs and devices, includes literally billions of dollars in additional spending for health research so that we can find the cures and the answers to what patients are demanding today,” said House Energy and Commerce Chairman Fred Upton (R-Mich.), the measure’s main sponsor.

The White House gave the measure a boost on Tuesday night by announcing that it “strongly” supports passage, pointing in particular to the opioid funding and the funding for the cancer moonshot.

The liberal detractors note that the new research funding, which is helping to bring some Democrats on board, is not mandatory funding, meaning it is not guaranteed.

Still, the $4.8 billion over 10 years is set aside in a separate fund and not subject to the usual budget caps.

Sanders and Warren have denounced the bill as helping out pharmaceutical companies, in part by lowering the FDA’s regulations for approving their new drugs, while doing nothing to deal with the hot-button issue of high drug prices.

Some consumer groups have also criticized the measure, fearing that in speeding up the FDA’s approval process, it would lower safety standards.

The measure allows for ideas like sometimes using “real world evidence,” rather than more rigorous and time-consuming clinical trials, in drug approvals.

Rep. Frank Pallone (D-N.J.), a lead negotiator on the bill in the House, rejected criticisms of the FDA changes.

“It’s just a way of trying to address these cures in a more effective way, the way the public has asked for, without sacrificing any safety,” Pallone said.

The mental health portion of the legislation establishes a new assistant secretary for mental health in the Department of Health and Human Services as well as a chief medical officer. Murphy argues that these positions will bring more accountability and medical knowledge to the Substance Abuse and Mental Health Services Administration, an agency he has criticized as ineffective.

The bill also authorizes grants for areas like suicide prevention.

The mental health measure is significantly scaled down from the more sweeping version originally proposed by Murphy, though. It does not lift restrictions on Medicaid paying for care at mental health facilities, which would have cost billions of dollars.

The measure also includes elements from a companion mental health bill in the Senate from Sens. Chris Murphy (D-Conn.) and Bill Cassidy (R-La.).

Both the Cures and mental health portions of the bill come after more than a year of bipartisan negotiations. 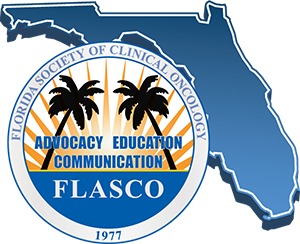